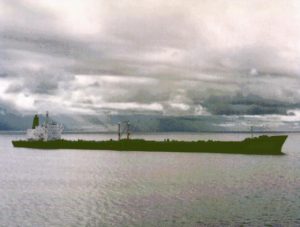 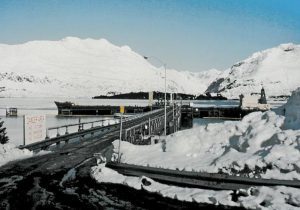 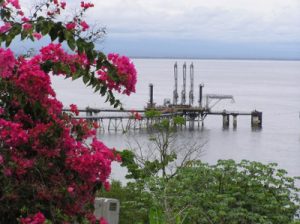 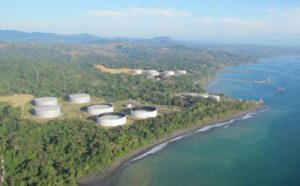 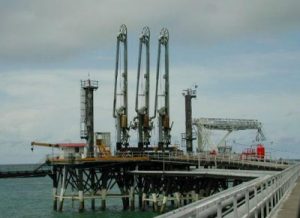 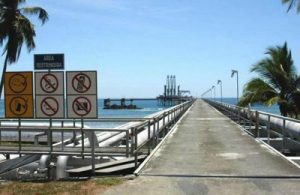 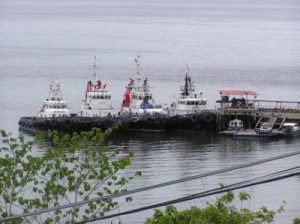 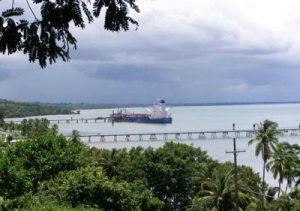 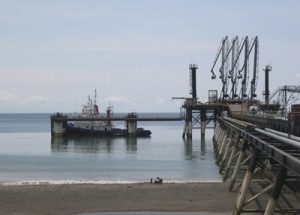 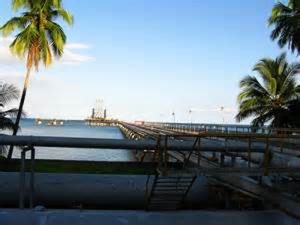 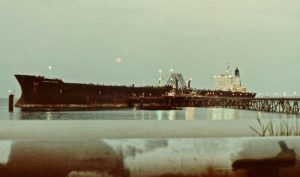 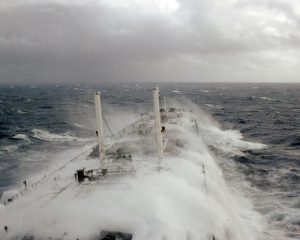 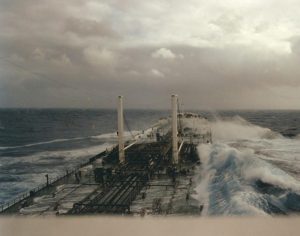 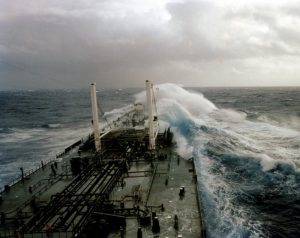 The crude oil tanker OVERSEAS CHICAGO was built at the National Steel and Shipbuilding Company (NASSCO) yard in San Diego, California, and completed in October 1977 when she started carrying Alaska North Slope Crude Oil from Valdez to the lower forty eight. The ship had an overall length of 892 feet, a Panamax beam of 105.74 feet and drew 49 feet of water loaded with her capacity load of 681,018 barrels of crude. The ship was admeasured at 46,100 gross and 35,279 net tons. She was powered by two water tube boilers providing steam to a single cross compounded General Electric 24,000 horsepower steam turbine which gave the ship a service speed of 16.5 knots. Through her career the ship carried oil from Valdez to the Los Angeles area, the San Francisco Bay area, Cherry Point In Puget Sound, to Hawaii and to the PetroTerminal de Panama in Bahia Charco Azul near Puerto Armuelles, Panama. The petro terminal facility used to pump Alaskan North Slope crude oil in a 131 kilometer long pipeline across Panama for shipment to refineries in the eastern United States. The pipeline had the capacity to pump over 850,000 barrels of crude per day. The pipeline ran from Puerto Armuellos in Chiriqui Province on the Pacific side to Chiriqui Grande in Bocas del Toro Province on the Caribbean Sea. The ship reliably transported oil for 28 years before being scrapped by Chinese shipbreakers in 2005.